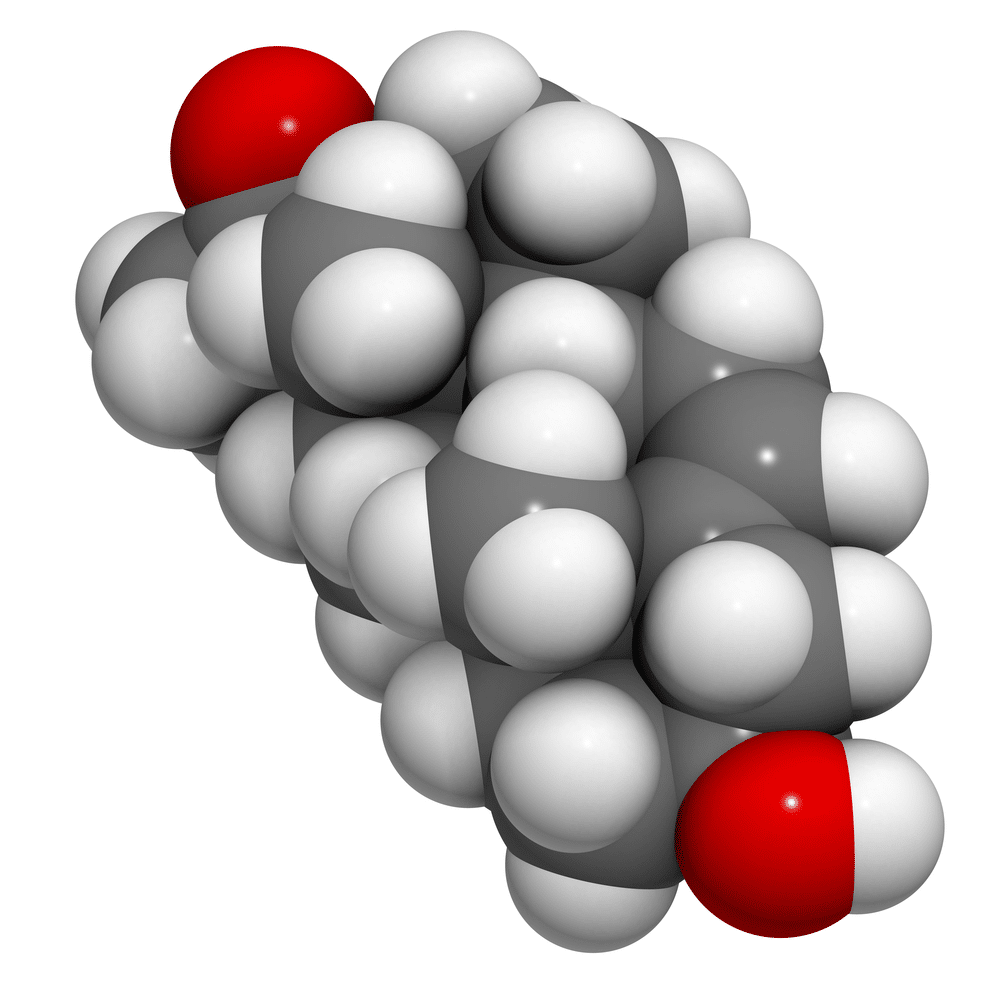 Hormones rule our lives, especially our overall sense of well-being, and no single hormone is as influential as pregnenolone, also known as the “mother of all hormones”. Pregnenolone is responsible for many roles in the body, including the production of hormones such as estrogen and testosterone. But even more importantly, pregnenolone is by itself a neurosteroid, which means that it can rapidly excite neurons for better communication. At Pellecome in Randolph, NJ, we know the importance of balancing brain hormone pregnenolone with our pregnenolone supplements.

Is Pregnenolone the Same As DHEA?

No, these are two very different hormones and each serves their own purpose in the body. Understanding the difference between these two hormones can make it easier to understand where – and how – you can correct your hormonal imbalance and enjoy better health.

For example, if you are interested in taking a dietary supplement to return balance to your hormones, then you should know the role of these hormones in your body to be able to better perceive the improvement in your symptoms – and so you can adjust your dosage when needed.

The Role of Pregnenolone

Pregnenolone first starts out as cholesterol in the body and is further synthesized into an active hormone by various glands in the body, including the adrenal and gonadal glands. As a precursor hormone or a “pro-hormone”, pregnenolone is responsible for the creation of other important hormones. Specifically, pregnenolone undergoes conversion to become stress, sex, and neuron hormones.

The Role of DHEA

DHEA is sometimes confused with pregnenolone because they both play similar roles. However, it should be noted that DHEA is also converted from pregnenolone. The main purpose of DHEA is to produce estrogen and estrogen. DHEA is also associated with healthier, more dense bones, which is why it may be important to increase your levels of DHEA as you age to prevent osteoporosis or any loss of bone density.

Why Is Pregnenolone Important?

Pregnenolone is a precursor hormone that is responsible for making the most important hormones in the body – specifically, cortisol, progesterone, estrogen, and testosterone, each of which is vitally important for regulating various bodily functions. Without adequate pregnenolone, the body cannot have an adequate balance of other hormones, which can lead to several compromises in overall health.

Cortisol is often called the “stress hormone” for its role in the PNS for the “fight or flight” response, but cortisol is also responsible for other functions in the body, including controlling blood sugar levels, metabolism, inflammation, and memory.

Progesterone is a steroid hormone that is involved with the regulation of the menstrual cycle; however, progesterone is also found in men, especially men in andropause, and helps men retain hair and sexual drive.

Estrogen is the main sex hormone in women and regulates the development of secondary sex characteristics, such as the breasts, as well as maintains fertility and reproductive health.

Testosterone is the main sex hormone in men and is responsible for growing facial hair, as well as larger sex organs, and is also credited with helping men grow taller and stronger.

Why Is Correcting Pregnenolone Imbalance Important?

Correcting the balance of your pregnenolone hormone is important for more than just making sure your body is producing adequate amounts of vital hormones. Because pregnenolone itself is an active hormone, a neurosteroid, it plays an independent role in the functionality of the body, and particularly in the brain.

In fact, as a brain hormone, pregnenolone is important for maintaining brain function and memory, emotional regulation, and improving sleep specifically.

As a neurosteroid, pregnenolone is an essential hormone in improving brain function, specifically in terms of concentration and memory. Your ability to concentrate refers to your attention span, how well you retain information, and how effective your focus is for performing daily tasks. Your memory refers to both your long and short-term memory, such as being able to remember an event that happened years ago (long-term memory) or being able to remember where you put your keys (short-term memory).

Pregnenolone and the CNS

Your concentration and your memory may suffer as a result of the natural aging process, becoming less accurate or reliable as your hormones continue to unbalance. However, studies have shown that pregnenolone could be an indispensable hormone in terms of memory function. As a neurosteroid, pregnenolone has been associated with the development of the CNS, which is associated with all aspects of cognitive function, including neurodevelopmental, psychiatric, and behavioral disorders.

Because pregnenolone is so involved in the functionality of the CNS, it should be no surprise that the behavioral disorders portion of pregnenolone regulation also refers to emotional regulation. Emotional regulation is a broad term that generally refers to the stability of an individual’s mood, or whether or not they have stable moods, such as suffering from mood swings, irritability, agitation, depression, anxiety, and more.

Part of pregnenolone’s influence over emotional regulation has to do with its interaction with GABA, a neurotransmitter that is thought to be able to control fear and anxiety. When GABA neurotransmitters are able to latch onto receptors too freely, people may begin to feel higher levels of anxiety, depression, and agitation. In one study, pregnenolone sulfate and allopregnanolone were found to inhibit GABA receptors, leading to better emotional stability and improved mood.

This may also be why studies are being conducted to understand how pregnenolone may help in stabilizing the moods for individuals who have bipolar spectrum disorders, and even schizophrenia. Specifically, this is because allopregnanolone interacts with the amygdala to enhance the communication with the prefrontal cortex, where many of our moods and executive functions (such as planning and impulse control) are controlled. In other words, this special role is what helps reduce anxiety and improves mood.

Pregnenolone has also been associated with improving the quality of your sleep, which may help alleviate symptoms of fatigue and correct sleep disturbance issues, such as insomnia or being unable to fall asleep. Pregnenolone has been found to be a helpful aid in inducing deep sleep, largely because the controlling force behind adequate sleep is also associated with GABA receptors. A dose of pregnenolone can induce deeper sleep, specifically deep-wave sleep that is associated with restorative and regenerative healing for the whole body, as well as the brain.

Other Ways Brain Hormone Pregnenolone Can Help With Overall Health

In addition to assisting in the regulation of brain and cognitive health, studies have shown the pregnenolone is also specifically important for regulating symptoms of menopause and andropause, can help protect immunity, and can also help maintain weight. In part, this is because pregnenolone produces the hormones that are responsible for these health factors – but just as with brain and cognitive health, pregnenolone has an independent role in these factors, as well.

Reduce Symptoms of Menopause and Andropause

Both menopause and andropause are natural results of the aging process that occur when the normal balance of hormones in the body begins to decline due to fewer hormones being produced overall. If one were to trace the logic backward, remembering that sex hormones such as progesterone, testosterone, and estrogen are reliant on pregnenolone, then it makes sense that higher levels of pregnenolone may help alleviate the symptoms of hormonal imbalance as a result of aging.

While menopause typically has a more sudden onset compared to andropause, which is an incremental decline in the production of testosterone, both menopause and andropause share many of the same symptoms, such as:

Science has long-since associated higher levels of stress with a compromised immune system. This is because cortisol, which is usually an anti-inflammatory steroid, also suppresses the immune system in response to chronic psychological and physiological stress. Psychological stress, which is the stress you might feel in response to life events, financial problems, or work, can become detrimental to health as this type of stress prompts the body to release cortisol – and for as long as cortisol is being released in high quantities in your body, so too is your immune system suppressed.

A suppressed immune system is an open doorway to viral and bacterial infections, which is why chronically stressed people are generally more likely to become sick, and why being sick while ill means that your recovery may take longer.

How Pregnenolone Factors Into Immunity

Because pregnenolone converts into cortisol, the link to stress and your immune system is already waiting to be exploited. When your CNS and PNS perceive the stimulant for stress, it prompts the body to released cortisol to respond to the need for a “fight or flight” response. However, because chronic stress requires a constant release of cortisol, the pregnenolone in the body prioritizes creating cortisol over any other hormone – and it won’t stop until the stressor or stress response is removed.

In other words, because your body demands it, pregnenolone provides cortisol, even to the detriment of your overall health, for the sake of your stress response, which for the purpose of evolution is prioritized over most other body functions. This is why chronic stress is associated with a poor immune system, as well as symptoms such as:

Pregnenolone is also linked to maintaining a healthy weight. In fact, the ability of pregnenolone to help maintain your weight is directly associated with its ability to control cortisol levels. For a while now, high levels of cortisol in the body have been associated with weight gain, specifically in the belly area – possibly also for the same reasons that cortisol suppresses the immune system, meaning cortisol may also suppress metabolism. By controlling your stress and taking an adequate dietary supplement of pregnenolones, you may be able to control your weight and even lose weight.

Restoring your internal balance by correcting your hormone levels can easily be done when you can increase the pregnenolone in your body, which will in turn increase other hormones responsible for health regulation, such as cortisol, estrogen, testosterone, and progesterone. Always speak with a physician before starting any dietary supplement. To learn more about brain hormone pregnenolone, visit Pellecome in Randolph, NJ today!