A diagnosis of testosterone deficiency may be more likely in men who present with lower than normal testosterone levels and all three of following symptoms: [Khera, Journal of Sexual Medicine 2016 /p1790 A]

Testosterone is the main sex hormone (androgen) in men. It is responsible for male physical characteristics.
Although it is considered to be a “male” sex hormone, it is present in the blood of both men and women. Testosterone levels in the blood can be conducted to detect an abnormal testosterone level in males and females. In males, these levels can be used to help diagnose the cause of erectile dysfunction or the inability of the partner to become pregnant. 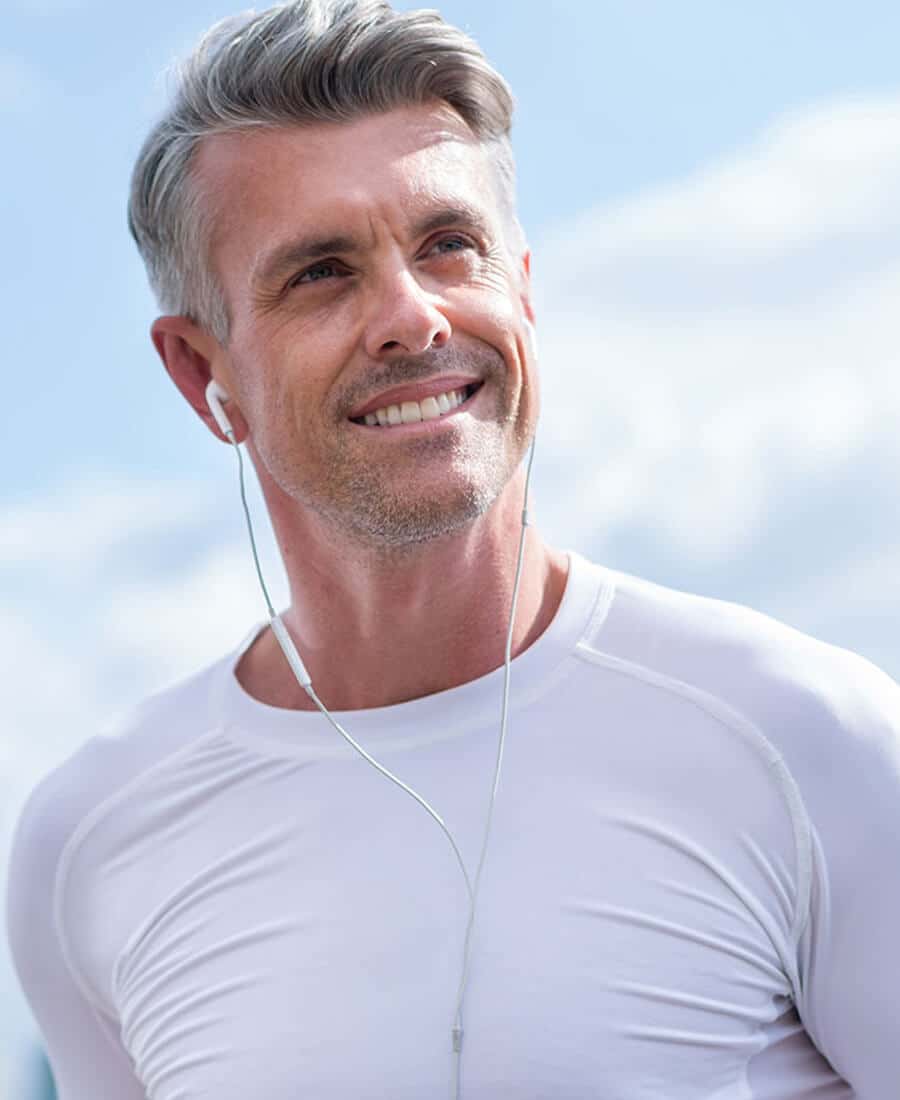 The test requires a blood sample drawn from a vein; a morning sample is preferred.
[Testosterone Lab Tests Online AACC 2018 /p1 A, B /p2 A]

Studies have shown that total testosterone peaks at an average age of 19 years, and falls in the average case by age 40 years. Although there appears to be no precipitous drop in testosterone levels after the age of 40, there is an increased variation in total testosterone levels with advancing age after age 40 years, which may account for the observation that some men have symptoms of testosterone deficiency while others have no symptoms whatsoever. [Kelsey, PLoS One 2014 /p1 A] In a study analyzing data from the Massachusetts Male Aging Study, researchers estimated that 2.4 million men in the United States between the ages 40 years and 69 years have androgen deficiency. [Arajo, Journal of Clinical Endocrinology & Metabolism 2004 /p5924 A]

A formulation that has been used for many years is injectable testosterone esters, such as enanthate and cypionate. These are inexpensive but require frequent administration (every 1–3 weeks) because of their relatively short lifespan in the body. In addition, injectable formulations may result in transient levels above the physiologic range and can cause fluctuations in libido, mood, and energy, as serum testosterone concentrations vary over the injection intervals.

Transdermal testosterone formulations (such as gels, creams, and solutions) are preferred by some patients and physicians as an alternative to injections. Stable physiological testosterone levels are achievable using these preparations but require daily application and may cause skin irritation. Men who use these topical (or transdermal) formulations must be careful not to transfer the drug to women or children by direct contact. Currently, all topical preparations contain a warning for risk of transference. [Khera, Urologic Clinics of North America 2016 /p187 A; Aversa, Nature Reviews Urology 2015 /p644 C;
Thirumalai F1000 Research 2017 /p3 B, /p6 A] 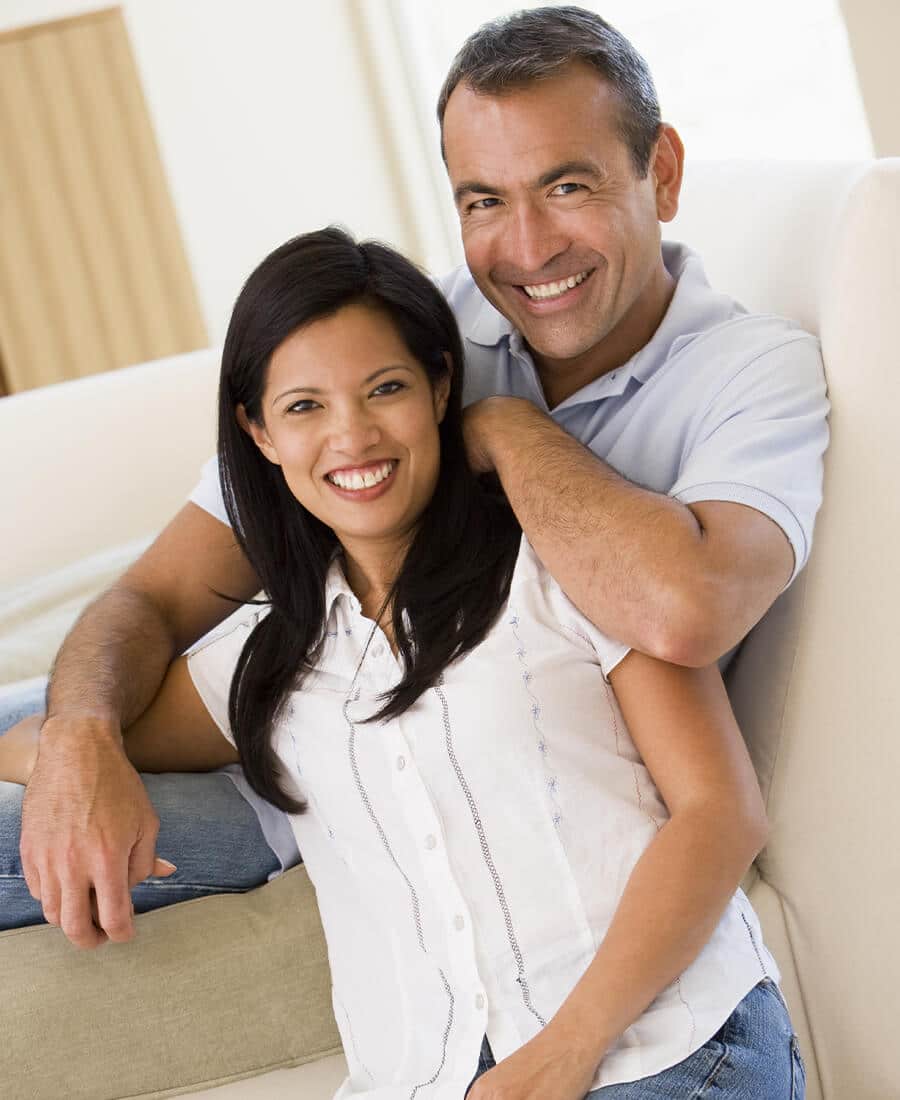 Testosterone pellets can provide sustained normal testosterone levels for 3 to 4 months, but they are not available in all countries. Subcutaneous implantation is a minor surgical procedure; risks associated with pellets include POME (which stands for pulmonary oil microembolism), infection and extrusion of the pellet. [Khera, Urologic Clinics of North America 2016 /p189 B; Aversa, Nature Reviews Urology 2015 /p644 C; Thirumalai F1000 Research 2017 /p6 B]

The desired effects of testosterone therapy in men include the following: [Little, Current Diagnosis and Treatment 2014 Table 56-1] 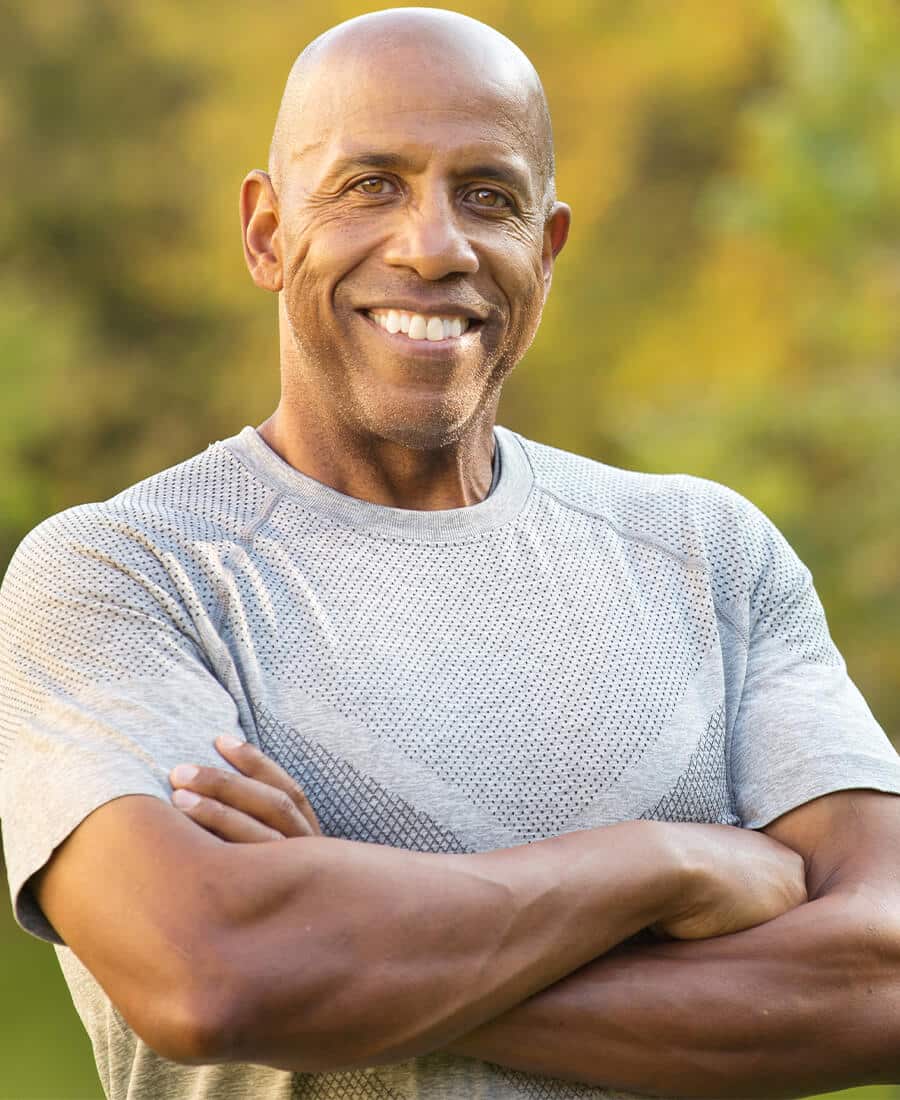 Several studies have reported on the use of testosterone replacement therapy in men with low testosterone levels. The treatments were administered either by injections or using a scrotal patch. Most studies have shown increases in lean body mass and bone mineral density and decreases in fat mass. Accompanying the increase in muscle mass has been an increase in either upper- or lower-extremity strength. [Little, Current Diagnosis and Treatment 2014 /p8 A]